Here is a short trip down the line in photographs 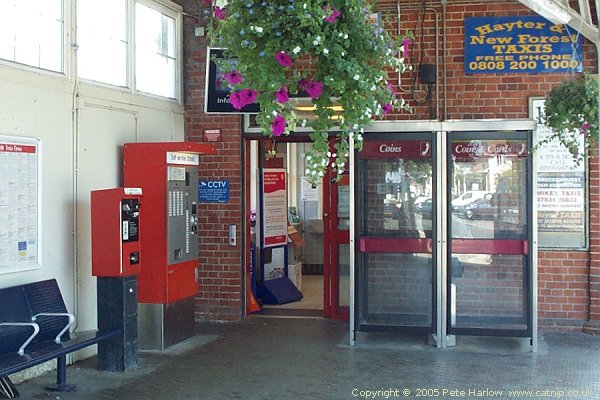 When I arrived at Brockenhurst Station the booking office was closed, so I bought a ticket from the Ascom ticket machine visible in this picture. I bought the ticket shown above the photograph nearly twenty years earlier!

3Cig 1498 Farringford has just arrived at Brockenhurst, and will shortly change the red indicator blinds to the '97' route indication for the return trip to Lymington Pier. 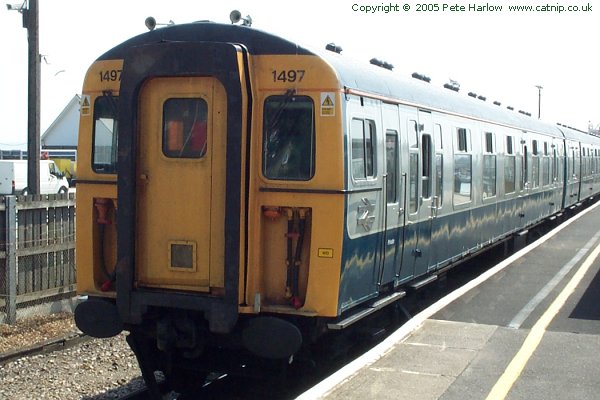 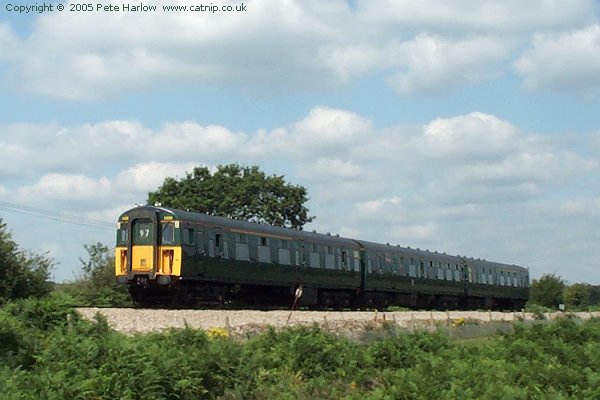 3Cig 1498 Farringford has left the main line just south of Brockenhurst for the run to Lymington Pier. 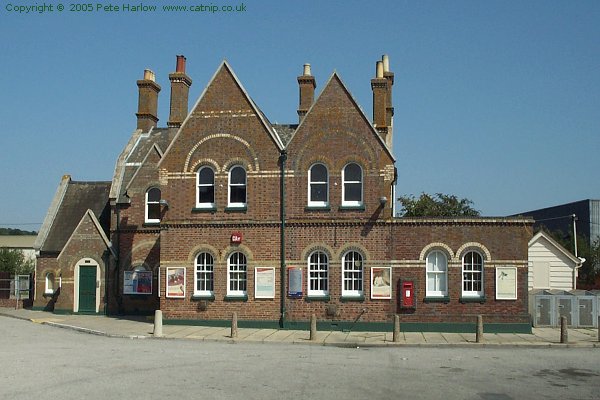 Lymington Town boasts the most impressive station building on the entire line. 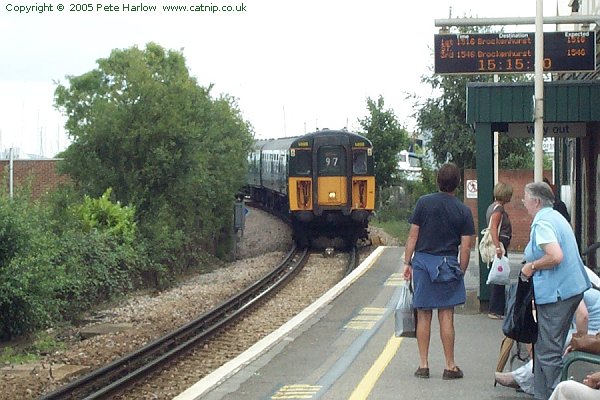 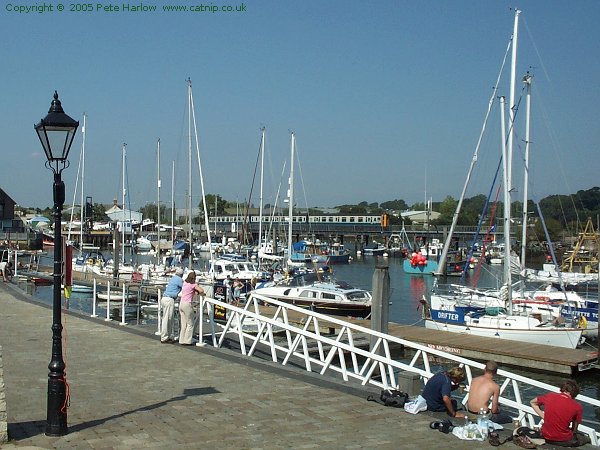 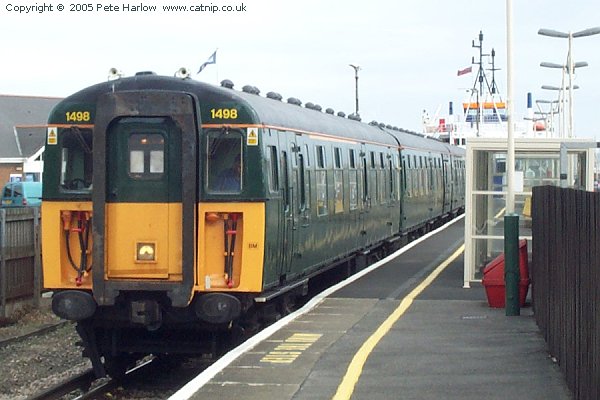 3Cig EMU 1498 Farringford prepares to leave Lymington Pier Station. Lymington Pier station serves the ferry to Yarmouth on the Isle of Wight, and the rigging of the ferry boat can just be seen behind the train.

The Lymington Branch Line runs from Brockenhurst station in the New Forest to Lymington Pier station on Lymington River, with one stop along the way, Lymington Town. The branch is just under 9 km in length and is single track throughout with no passing places. It branches from the main Weymouth - Poole - Southampton - London Waterloo line just to the west of Brockenhurst, turning south. At one time, the junction also had a line leaving to the north, running to Ringwood and Wimborne. The Lymington line is electrified using the 750V d. c. third rail system.

The line was opened in 1858 as the Lymington Railway Company but was absorbed into the London and South Western Railway in 1878.

The Lymington branch used to be unusual in that it was one of the few places where older electric stock could be seen in operation, a sadly neglected aspect of railway preservation. The line used to operate two 3CIG EMU sets, converted from 4CIG units shortened to fit the platform at Lymington Town. These were 1497 Freshwater running in BR blue/grey livery, and 1498 Farringford in green livery.

On any given day, one of these two units used to be in service. The half - hourly timetable required tight turnrounds which meant that trains on the branch tended not to wait for late running main line trains or ferries.

Sadly it was too good to last, and the final 3Cig service departed from Lymington Pier on the 22 May 2010 at 22:14 and arrived at Brockenhurst at 22:24. The replacement units were to be Class 158 Sprinters on weekdays and Class 450 on weekends.