The New Forest near Ashurst

I decided to spend some time camping in the New Forest, southern England, in what turned out to be the wettest May for 20 years. This picture was taken near the campsite at Ashurst. As autumn aproaches, I take a walk along the banks of the river Seine, between Fontainebleau and Melun. The waves come crashing in from the North Sea and send a fine spray up towards St Andrews Castle, Scotland. 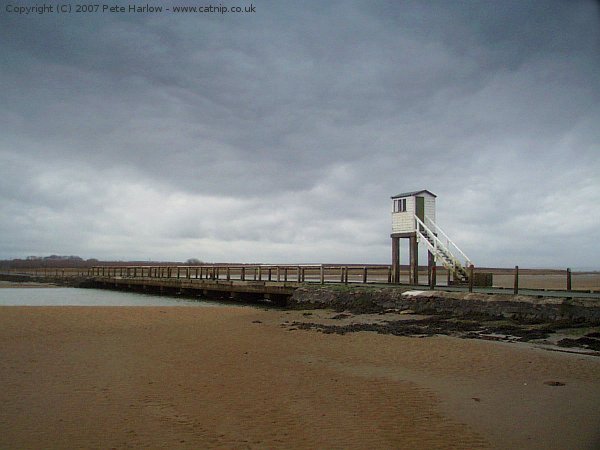 The road to Holy Island passes along this causeway and is submerged at high tide. 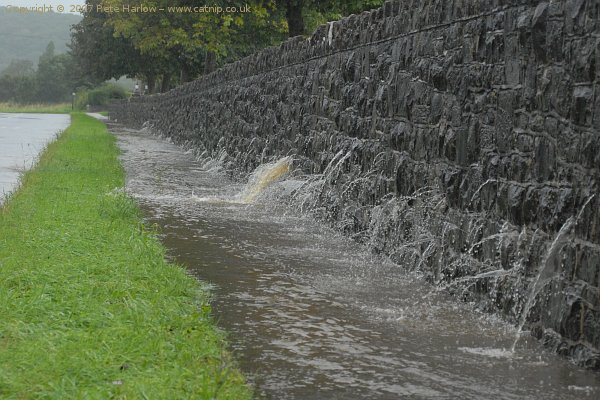 Is This What They Mean by a Dry Stone Wall?

On the 26 of July it was no better, and as I drove from Banwell to Winscombe, Somerset, England, the water was up to the car door. This wall was struggling to hold the water back... Some New Forest Ponies cross the Beaulieu River between Ashurst and Lyndhurst, England 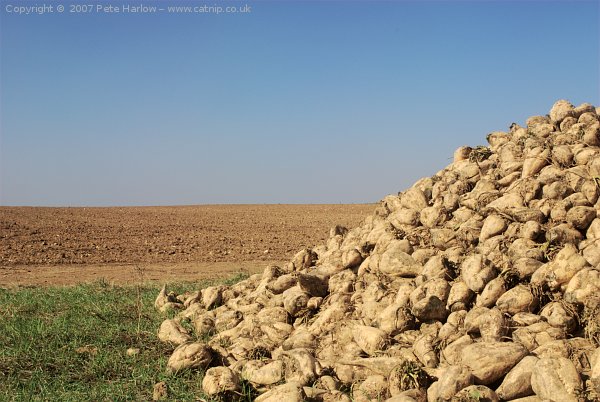 There is a sense of melancholy about this fine day in early October, as the summer, such as it was, ebbs into autumn. I make the most of the sunshine in these fields to the south of Chartres, France, where the beetroot have been harvested and the fields ploughed to the horizon. This windmill, dating from the 15th century was in use as recently as 1981 and declared a historical monument on the 8th September 1988. This windmill and many others may be seen on the "Circuit des Moulins a Vent" to the south east of Chartres, France. As the first frosts of winter encourage the last of the leaves to fall from the trees, I take a walk in the gardens at Fontainebleau, France. Swan on the Firth of Forth

This swan seems unimpressed by the majesty of the Firth of Forth railway bridge. The Vicars' Close, Wells, England is said to be the oldest continually inhabited street in the country. The Angel of the North

It is getting dark as I drop down into Gateshead, England on the A1 and pass the sculpture of the Angel of the North. Curiously, this huge (20m x 54m) structure is the only unlit thing in the area but there is enough stray light from the street lighting to take a picture. 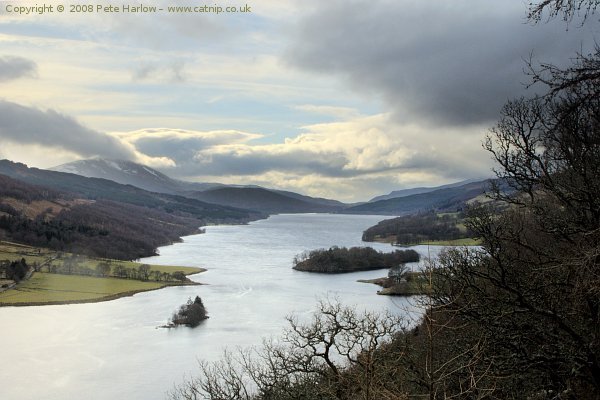 On a bleak March day, I relax a little next to Loch Tummel, Scotland, before starting the long drive south to Dover. 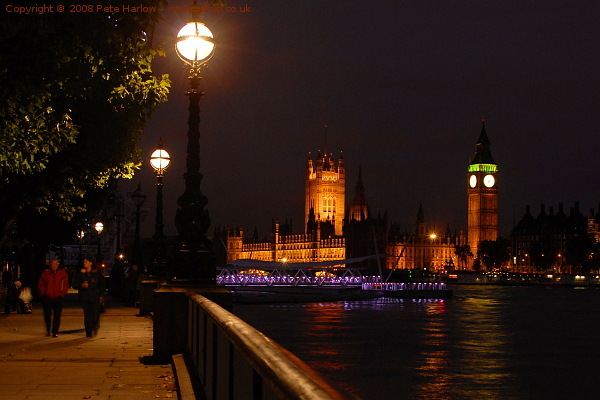 The nights are getting colder, but that won't stop me taking a stroll along the south bank of the River Thames, London. Southbound on the M6, I stopped off at Killington Services to make a coffee. Even when at somewhere as uninspiring as a motorway services it is worth having a look around, and on this occasion I was rewarded with this view over Killington Reservoir.

Cap Fréhel stands sentinel to the English Channel as I walk along the northern Brittany coastline. Comfortably installed at a camp site in Kerhostin, I take the little train down the Quiberon peninsula to the town of Quiberon, Brittany, France. In glorious summer sunshine I walk along the harbour wall, and am rewarded with this view across to the Château de Turpault, with the coast of Belle Ile on the horizon behind. Walking along the shore of the Lago di Lecco near Abbadia, I glimpse Lecco across the water. Further down the shore of the Lago di Lecco the mountains rise above the church tower of the convent at Abbadia. Crossing the Nufenen Pass I leave the Italian summer behind and descend into an autumnal Switzerland. Camping at Interlaken, Switzerland, I take a walk along the banks of Thuner See before returning to my van to make dinner. The Standing Stones at Carnac

I celebrate Litha, or the summer solstice, by visiting the standing stones at Carnac, Brittany (Bretagne), France. 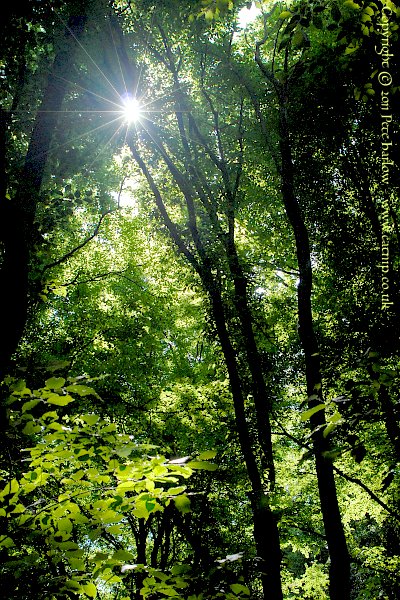 The Beltane sun rises as I walk in the woods near Etrechy, France. A storm is blowing in from Wales as I walk across Portishead Point, while the wind whistles through the structure of the lighthouse and foghorn. The Juine in the Snow

After a night of snowfall, the tree branches are outlined in silver and are reflected in the waters of the River Juine, near Etrechy, France. Looking out to the Somerset Levels from above Ebbor Gorge, Somerset, England, a watery sun breaks through the afternoon mists. Just after Ostara, or the spring equinox, I walk around the standing stones at Avebury, England.